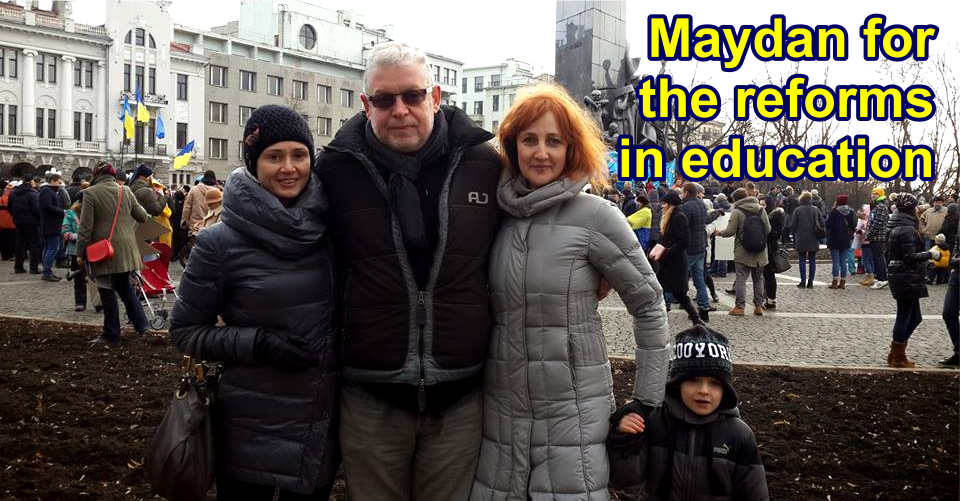 To the Minister of Education and Science of Ukraine Lilia Hrynevych

We the civil society organizations of the Kharkiv Euromaidan Union have been watching the situation in Kharkiv National University of Radio Electronics for about a year passing from hope to anxiety.

The well known businessman and social activist Eduard Rubin’s appointment as Acting Rector of Kharkiv NURE was seen by us as the criterion of actual reforms in higher education We welcomed this appointment because we know Rubin as not only an expert in his job but also as a patriot having supported the Revolution of Dignity since its first days. When the war started he helped our soldiers in ATO.

Until recently, we were happy to see prominent progress Rubin was making at the new position despite the stressful pace he was working at and the difficulties he faced due to the resistance against his introducing new ideas in the university.

It was a real shock for us when news came that the Ministry of Education removed Rubin from elections to the Rector position under a formal pretext. Fortunately a court has determined recently that this formal reason was untenable. Now the Ministry has a chance to get out of this situation without reputational loss.

Dear Lilia Mykhalivna we are sure that the situation in KNURE reflects a struggle of the new Ukraine ideals for which we stood on Maidan against the old corrupted Ukraine which became a symbol of Yanukovych. Rubin in KNURE fights against a decaying part of a corrupted system which still permeates our higher education. And there simply should not be a question which side you and we support.

We all may make mistakes, only doing nothing prevents from mistakes. And the most important thing is how we correct our mistakes to improve the situation.

The Ministry of Education and Science took a false step having taken the reaction side and supporting the former heads of the University who were corrupted. We are calling you to recognize and correct this mistake! We ask you to support Rubin in his efforts creating a European university, the one of the best technical universities in Ukraine. Just give him the opportunity and time. If you support him with your authority, you’ll be proud of the result. We believe KhNURE new innovative experience could be spread to other universities further on.

We invite you to come to Kharkiv to learn the situation on the ground. We would be happy meet you and to talk about what’s going on to remove the mistrust arisen. We believe that the ideals of the Maidan are not an empty phrase for all of us.

With hope to be heard